At home in Graz, Austria

At home in Graz, Austria 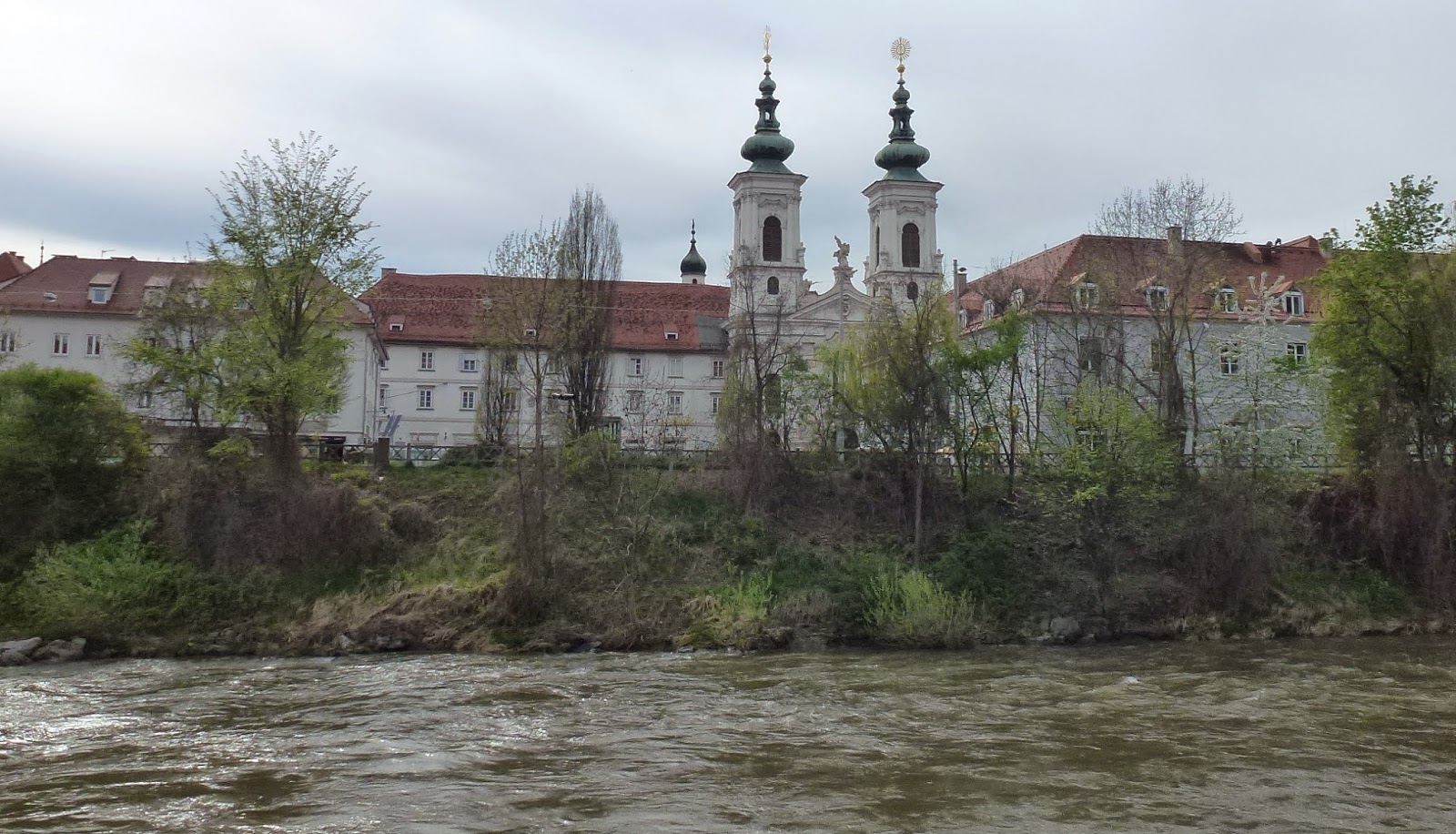 My partner Greta and I are living in a 500-year-old building in Graz, Austria. We will be here for about a month.  From the time we left our Dana Point, California, home Monday, it took us 41 hours to get here. We do not recommend that long of an uninterrupted trip for seniors. A seven-hour layover in the Madrid Airport was a bear. It really wore us out.

The home is owned by a couple who met in the Department of Motor Vehicles in Fresno, California, four years ago. Christian is Austrian. His wife, Jai, is an American citizen who was born along the Laos/Thailand border.

In 2011, Jai was living in Fresno. Her purse had been stolen so she was at the DMV to get a replacement driver’s license. Christian, a building contractor, was in Fresno on business and needed a commercial driver’s license. They were in line next to each other. They had just enough time to tell each other a little about their backgrounds.

Then, Jai was summoned to the payment window. Christian was called to the adjacent window. As she was leaving he asked if she’d wait for him outside. Once there, he asked for her phone number and they started dating. Soon, however, he had to return to Austria. The odds of a relationship were against them. Speaking of a long distance relationship, 6,000 miles+ is pretty darn far.

They corresponded. He wanted her to visit Austria. Since arriving in the United States as a young child, she had never been out of the country. She didn’t even own a passport. Due to some paperwork issues, getting a passport took her months. Christian didn’t know for sure, but he thought she might be dragging her feet and probably didn’t really want to visit. One day he emailed, “I really would love for you to visit.” She shocked him by replying, “Send me a ticket.”

In 2012, they married. Jai and her daughter, Maddie, packed their things and moved to Graz. Jai said over dinner this past Wednesday night, “At first, it was hard, I didn’t speak German. But now, I love living here.” Maddie now has a baby brother named James.

How did Greta and I meet them and why are we living in their home? There is a website called Home Exchange.com. On that website, people can trade their home/apartment/ranch--where ever they live--for a short period of time with people who own living accommodations as well. People from different countries often exchange their homes.

A trade or exchange can be at the same time--what’s called a simultaneous exchange, or at different times--a non-simultaneous exchange. In December, 2014, Christian, Jai, Maddie and James stayed in Greta’s San Clemente home for the holidays. And now, we are staying at their home in Graz. While we are here, they are living at Christian’s father’s farm outside of town. We have become very good friends.

We have had one full day in what is known as the inner city of Graz. If that day was any indication, we are going to cherish our days here. Graz is the second largest city in Austria, after Vienna, and has a population of 350,000 people. There are four universities here so there are lots of young people.

There are an estimated 200-250 restaurants and outdoor cafes within a quarter mile of us. Hot dog stands and gelato shops are everywhere.  The city’s central tram station is 100 yards away. The main train station is less than a half mile away. There is no need to rent a car or drive anywhere.

Last night, we enjoyed a thin-crust pizza topped with prosciutto and a salad, 25 yards from our apartment. A tasty bottle of Austrian wine cost us less than $3.00 at the grocery store directly below us. 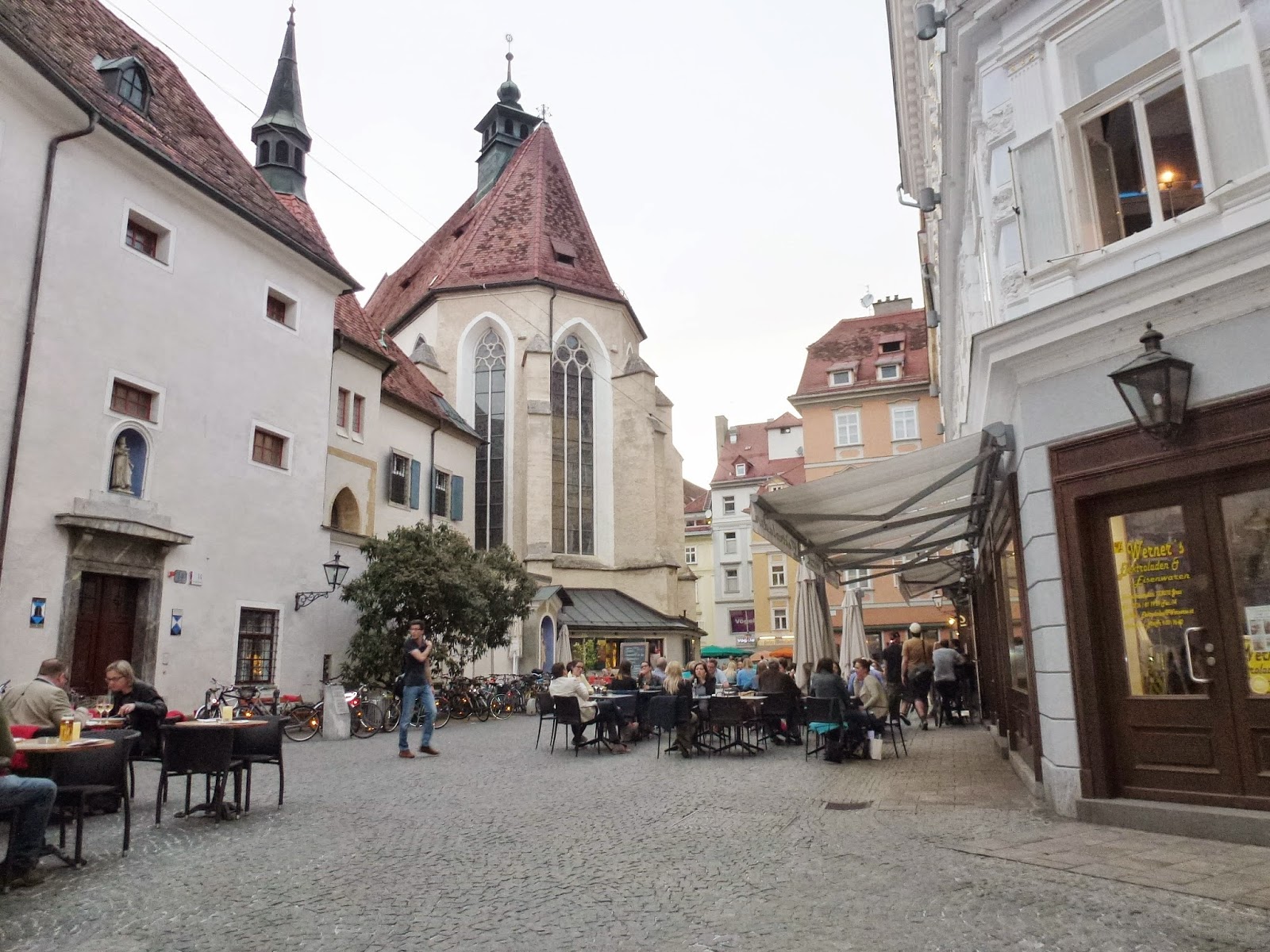 View from our outdoor dinner table

Jai has decorated their home with proverbs and little sayings in every room. We like this one the best: 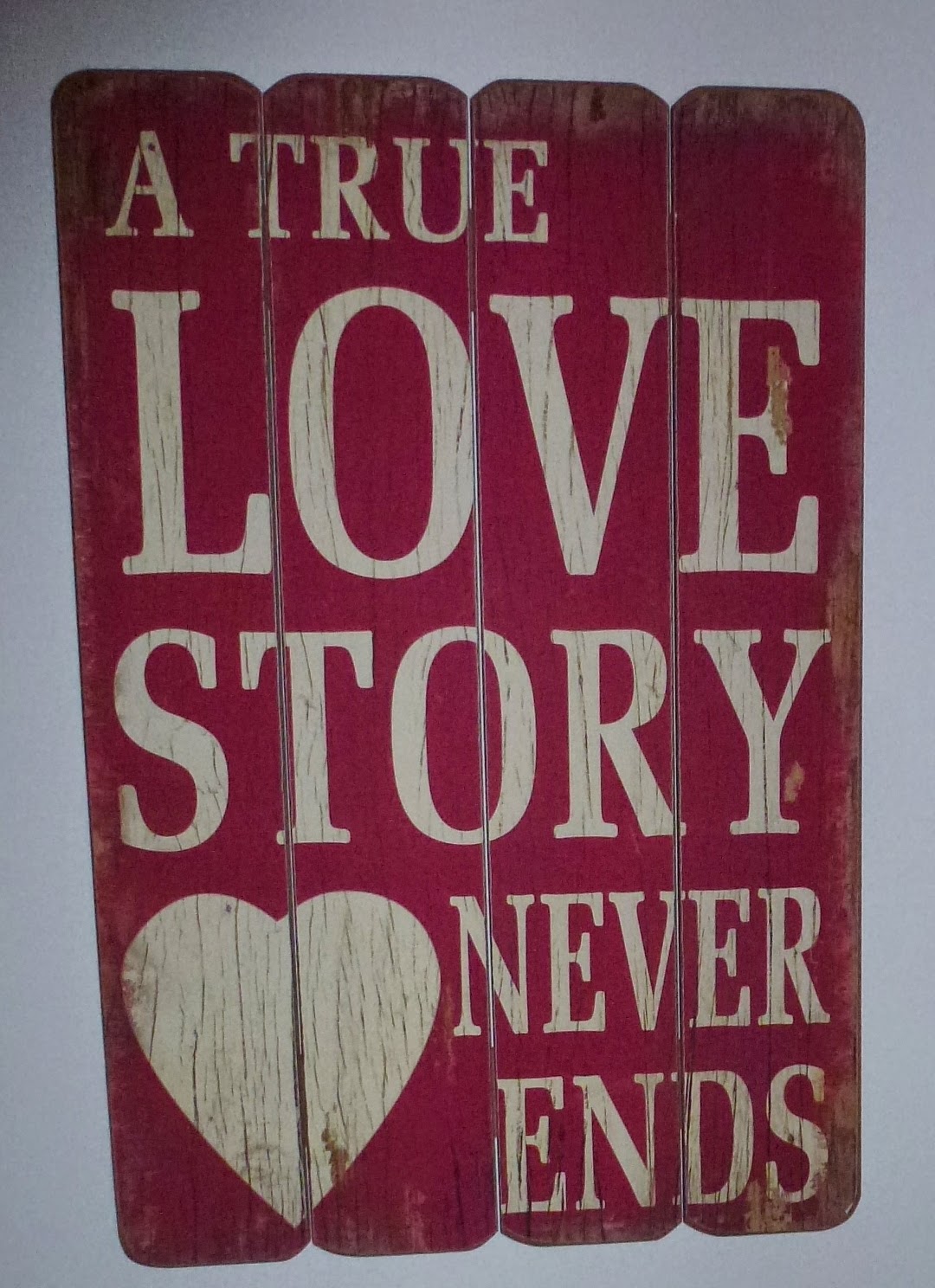 Posted on the wall of their living room
Posted by Tom at 2:22 AM