A finding love after 70 success story

On life and love after 70: Never give up hope of meeting a mate

Each week, I receive an average of 30 emails on the subject of love and life after age 50. It’s hard to keep track of them all. One of the great things about using gmail as my internet provider is it archives the emails each person sent.

So, when I receive an informative email from someone like Art, in Florida, who emailed me this week--with a finding love after 70 success story--I can go back and see what Art had previously written. Using historical information from a person can enrich the current information that that person provides.

Over the last couple of years, Art has sent me several emails that were always informative and helpful. We’ve quoted him a few times.

In May, 2012, Art, wrote, “I was widowed nearly five years ago, and have been on two free dating sites for about four and a half years. In that time I have corresponded with at least 60 to 70 women, and have met about 35 in person. We usually meet for lunch, and I always pick up the tab.

“I think it is important to know what you want, and who you want to meet. You must read the woman's profile carefully, and look for mutual interests, and also state your own preferences. For instance, I want a woman who likes the opera and live theater, as well as dancing and travel.

“If these interests are not mutual, we will probably never get beyond the first lunch. If someone wants to meet the new love of their life, they have to start somewhere, and the internet is a good way to see who's out there.”

This week, Art wrote, “I am now 76, and met Joanie, now 69, a year and a half ago, and I can only suggest to both men and women that it is never too late to find love again.

“I found Joanie on Plenty Of Fish, and sent her a message, to which she replied. We eventually met at a Barnes & Noble book store to talk after several weeks of chatting on that site.

“As soon as I saw her, I knew that this lady was very worth pursuing, so rather than leaving the book store with her phone number, I suggested we have frozen yogurt at a nearby shop. We spoke probably another hour there, and we exchanged phone numbers and made plans to stay in touch.

“Since that fateful meeting, we have been out to countless dinners, lunches, theatrical events, including the opera and two ballets. We recently completed a 10-night cruise, our second, and are booked for a Halloween cruise, and are planning to spend her birthday next spring in Mexico City.

“I recently bought her and myself commitment rings with the sign of infinity, and we both have found a lasting love after being widowed. Your newsletter provides a lot of encouragement, as well as advice from other readers that helped me to avoid some red flags and mistakes.

“To anyone looking for love again, take my word that it is definitely possible for a person who is willing to search, and put in the effort.”

Art knew what he wanted--a woman who enjoyed opera, live theatre, and travel--and stuck with that requirement. Seven years after becoming widowed, he is in a wonderful, committed relationship, due to his willingness to work very hard to find the right match for him.

Do not give up hope, and keep working on finding your mate. 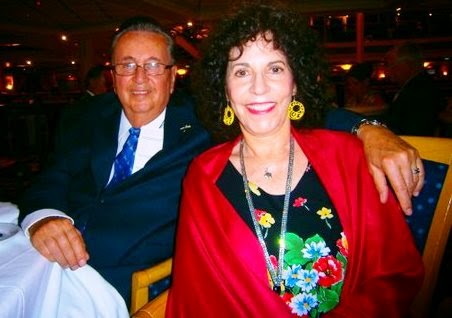 Email ThisBlogThis!Share to TwitterShare to FacebookShare to Pinterest
Labels: gmail, never give up hope, On life and Love After 70