Rarely have I received as many comments as I did from last week's newsletter about Larry, 63, the widower of four months, who lives in a remote area of . Larry stated in last week's post that he doesn't want to be alone for the rest of his life. I asked Champs to send messages for Larry and you did, close to 40 of you.


Larry wrote, "I am still overwhelmed at the responses to my situation; I did not think that my problem was much different from anyone else's. I was expecting a few reactions, not 20+."


Even I have learned from Larry and from so many of the sage comments from Champs. There has been so much warmth and wisdom shared that I hope I can do it some justice today. We don't have room to include what everybody wrote so I've picked a few to feature. But they were all good. Many who contributed are widowed, both men and women.


Karla said, "I think four months is way too soon to start dating. Larry is likely still grieving, and his ranch is probably full of memorabilia, which is normal. However, that would probably be a turn-off for any prospective new relationship.


"Personally, I won't date a man who hasn't been widowed for at least a year and probably two years. I say that because I've dated recent widowers, and all they've talked about are their deceased wives and their lives together.


Manu said, "Similar to Larry I explored my interests-golfing was not for me but I did try-and am now involved in singing with a city-wide gospel choir and bee keeping. Finding out who YOU are is always first before you explore sharing your life."


, from , said, "Larry would be well advised to move forward towards the goals you so clearly stated, as soon as his mourning process will allow him.


"Although he feels a sense of loss and wants to replace his mate, he is now (and will be for a year or longer), in a very vulnerable state of mind. Four months is a short time.


, , agreed with , "The problem is he is a prime suspect to be taken advantage of; I wish him luck but he is very vulnerable."


, wrote, "Two years ago, my 65-year-old husband died and I came to the same realization as Larry. Because I am used to doing research in my job, I took myself on as a client and researched the heck out of the early years of widowhood. That in itself made it easier (to some degree) to go on. It is helpful to know one is grieving 'normally,' even though one's world is anything but normal.


"Loneliness isn't a good reason to begin dating. Begin dating because you meet someone you want to get to know better, not because you are lonely.


"Many men think they are ready around the 3-4 month timeframe. They try it out and find out it is too soon. You've got to do the hard 'work' of grieving before you can go forward in a happy new life. I met a wonderful man around the one year mark.


"Larry says he is fit. To meet new people, he might try a gym or community center with physical fitness opportunities or take part in some 5k or 10k walks or runs. Also volunteer at those events to help register people on race day or hand out fruit (or water). That is how I met some wonderful men."


"Larry, please know there is a good life waiting for you."


, emailed, "I was widowed in October, 2007, at 69, after a 29-year marriage. It took about four months to begin looking at the Internet dating sights. I am fortunate I live in a very busy area in . I joined Plenty of Fish and OKCupid.


"For the next few years, I met and dated at least 40 women through the Internet dating sites. In June, 2013, I met Joanie on POF. Since that first date, we have taken five cruises. I bought us each an infinity ring last year, and have been invited to a number of her family holiday events, and consider her to be my forever sweetheart and the queen of my heart.


"My advice to Larry: never give up, and use some creative thinking to find someone to explore the rest of your life with."


Cheri said, "A fellow who served his country and now a volunteer fire fighter sounds to be a person of interest. Put me on the list of writers to Larry."


There were many more great responses; we just didn't have room for them all.


I've gotten to know Larry over the last week as we've corresponded often. He explained why he's so protective of the ranch. His grandsons will be the eighth generation to hold the land. "Almost every last one of them is buried on the ranch. It isn't the land, it's the heritage," he said.


Larry said so many women asked to see a photo that he mustered one up and gave me permission to include it as well. 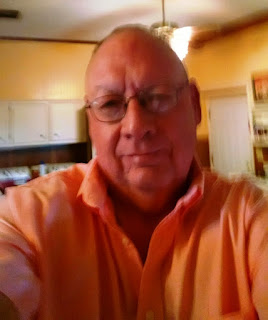 Larry - widower - West Texas
But what Larry wrote to me on Wednesday is what really grabbed me. This man is a true soldier with a big heart: "Most of my adult life was spent as a soldier; I still am a soldier in the strictest sense. I was trained to come to grips with the possibility that I might die as a soldier and die in a tough way in a faraway place. That is what goes with the territory.


"You just accept that it can happen, you put on your game face and go. And soldiers know that their buddies on their left and right may die as well.


"But nothing prepared me for the death of my best friend and the love of my life. I'm having some problems now in finishing this, so all I can say is thanks to all of you for your help. I just hope that I deserve it and maybe can return it myself someday."


I am proud of all of our Champs.
For more articles, visit www.FindingLoveAfter60.com